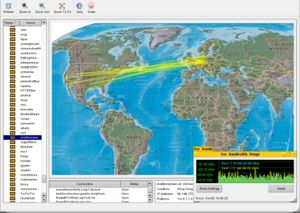 Vidalia is a GUI for the Tor anonymity network

0.0.9 fixes a couple bugs in the message log and includes an improved interface for setting up a Tor server. The Windows Vidalia and bundle installers now also support multiple languages and the Windows bundle includes Torbutton as well.[1]