Midori is web browser which aims to be fast and lightweight. It is developed by Christian Dywan who happens to be a very nice guy. Midori uses the WebKitGTK rendering engine to render pages and it is solid enough. However, the browser's interface is really buggy and it has a clear "unfinished" feel to it. Version 9.0 can be used to render a web page and, with some work, read it - but casual use of Midori quickly reveals some major flaws which rules out using it as a daily driver. It is, quite frankly, buggy alpha-quality software which provides a horrible user-experience.

Usability: A horrible Out of the box experience

Midroi version 9.0 does, like previous versions, not care about DPI settings at all. The result is that pages are, by default, rendered with a font-size so small it's impossible to read on modern monitors.

Web browsers will typically allow you to change which fonts and font sizes should be used. Midori has no such options. The settings dialog is really lacking in all other areas as well, the very limited "Preferences" dialog has four tabs with close to zero useful options. Midori is absolutely not configurable and not meant to be customized. The GNOME principle of "features are bad because they could confuse brain-dead people" is clearly at play.

The too tiny default font-sizes used by Midori would, of course, be easy enough to work around and live with in other browsers: Pressing ctrl++ will enlarge the text in Mozilla Firefox and Chrome/Chromium and ctrl+- will make it smaller. These keybindings are listed on Midori's "shortcuts" help-popup but they do not actually do anything. 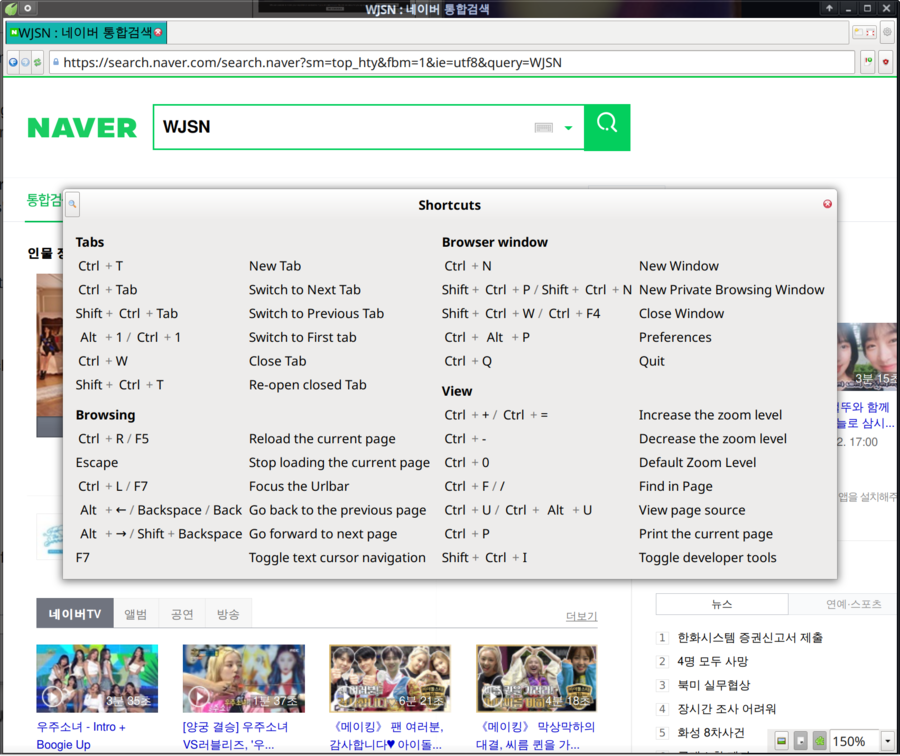 Midori does list ctrl++ and ctrl+- as keybindings that could be used to change the zoom level. However, these key-combinations do absolutely nothing. Some listed key-bindings, like ctrl+f to search, do something. Others don't.

Resizing with <ctrl> and the mousewheel - a standard feature other modern web browsers supports - also doesn't do anything in Midori.

It is possible to change zoom level in the menu and it can also be done with a little tool-box in the bottom right corner. Changing one of these to say 150% won't change the other. Further, if you set the box in the bottom right corner to a zoom level of 200% and get a readable page and you open a link in a new tab then.. it claims and shows that you are at a zoom level of 200% but the text in the new tab will get the tiny default. 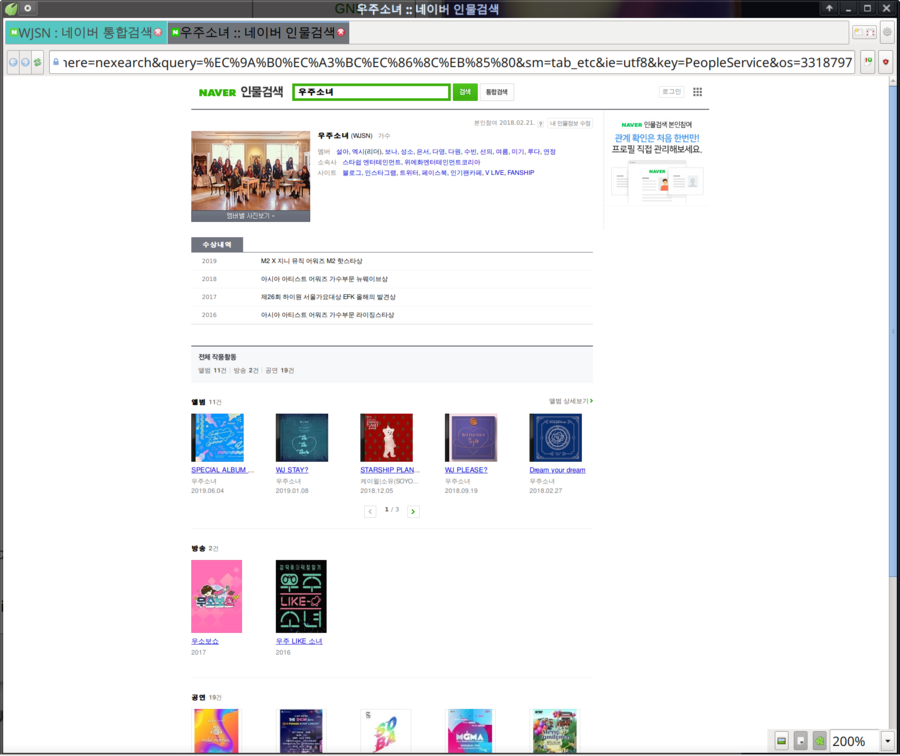 It says it's zoomed in at 200% but in reality it's not zoomed in; the text is tiny and unreadable. Changing the zoom level to 150% and then back to 200% fixes it; nobody wants to do that on every single web page they visit.

A web browser is utterly useless when you can't read the text on the pages you're visiting because it's way too small and there's no way to get a consistently usable font-size.

There are snap versions of Midori available for those who want to test a version newer than the one the distribution provides. You will need to have snap installed to use the snap version. Fedora users can install snap with dnf -y install snapd.

When you have snap you can get an updated Midori with:

and once it's installed you can run it with

The snap version will likely be as useless as the version the distribution provides. This could have changed by the time you read this but it's not likely.

A history of utter failures and disappointment

The following problem was described by us testing a version of Midori in 2012:

Midori DOES NOT let you right-click and select the language used by the spell-checker. This means that it is basically useless for writing and contributing on the web if you are multi-lingual individual.

There is no spell-checker at all in the latest versions of Midroi. This is hardly an improvement over a non-functional spell-checker.

Our first review of Midori was written back in 2007. It was a poor choice then and it is still a useless piece of buggy alpha-quality software. There are a lot of problems beyond it's inability to consistently render pages using a readable font-size; however, we do not feel compelled to list them all since it would take a very long time and it's not actually relevant when the basic functionality is so lacking it's not possible to actually use Midroi as a generic web browser.

We do not recommend Midroi, it's just trash as of version 0.9.

I just checked the gitlab repository and it appears that this entire review is close to updated. The latest v1.1.5 beta 5 uses Electron and React, not WebKitGTK. It's basically become a completely different product. It'll be interesting to see how it compares to the older WebKitGTK based Midroi.
Permalink
Retrieved from "https://linuxreviews.org/w/index.php?title=Midori_WebkitGTK_edition&oldid=20116"
Category: