xclock is a very old and seemingly utterly simple clock program for X11. It is part of the X11 reference applications (xorg-x11-apps). It has no graphical configuration interface, user-savable configuration file and no context-menu if you right-click on it. It does have a few command-line options that let you change things like the size of the window it launches and that's about it.

There's Not Much More To XClock Than Meets The Eye

What you get if you simply start xclock with no command-line arguments is a really tiny window with a plain and simple analog clock. 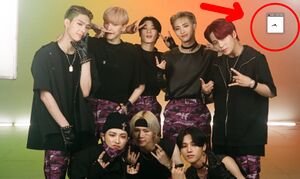 The very small default xclock window can be resized. It does not force a 1:1 ratio when you resize it, so the default analog clock will look stupid unless you make sure you resize the window as wide as you make it high.

There is a command-line option for launching it with a larger default window: -geometry.

There is also a digital clock available. xclock will give you a digital clock if you launch it with xclock -d or xclock -digital. The "digital clock" is just a line of regularly updating text with the same information you get if you type date in a terminal.

There isn't much much more to xclock. There are a few more command-line options available in the xclock manual page, but they aren't very useful.

xclock can show you a clock on your computer screen and that's about it. It can be useful if you want a large clock on your screen that can seen from across the room you are in (your room and computer screen size will vary), but there are better alternatives with way more features if that's what you are looking for. tzclock is one superior alternative. It has more command-line options, the option of adding a second hand to its analog clock and a context menu that lets you switch between different time-zones and a lot more.

The only sort-of quality xclock has is that it's typically there regardless of what computer you are using as long as it is some kind of GNU/Linux flavor since it is part of the "x11 apps" package and that package is typically installed along with the X11 display server.