waifu2x is a widely praised image up-scaler focused on up-scaling 2D anime images. The original version is Windows-only and it requires CUDA which means you need an NVidia GPU. GNU/Linux users can choose between several versions. There's a Vulkan implementation that works and does a really good job at up-scaling and a OpenGL implementation that does not seem to do anything at all.

There's also a Nvidia CUDA version (for those who find proprietary drivers to be acceptable) and a Caffe version. We have not tested those.

The Myriad Of Versions

The original author of waifu2x wrote it for Microsoft Windows with Nvidias proprietary CUDA API as a requirement. That Japanese author, who goes by the GitHub handle nagadomi, describes the original waifu2x as

The original waifu2x code has been forked by a whole lot of people who mostly produced other Windows-only versions which were later abandoned. It is therefore hard to find any actually useful code or version which runs on GNU/Linux.

waifu2x-ncnn-vulkan is your best Waifu2x option on GNU/Linux as you will see if you examine the various images below.

A pre-compiled Linux binary is available on the GitHub releases page:

You can, alternatively, compile it from source:

That should create a waifu2x-ncnn-vulkan executable. You'll need that and the models/ folder in the git source tree root (a model needs to be specified with -m when you use it). You can install the fine binary you compiled from source and the models this way:

The options you can/should use are:

You have to specify a "noise model" to use. Making an alias to the "default" (which otherwise requires it to be in the folder you are running it from) makes it easier:

waifu2x-ncnn-vulkan produces decent results with no options beyond the path to the default model. It does come with two other models: models-upconv_7_anime_style_art_rgb and models-upconv_7_photo. They may produce slightly better results for anime and photos.

The waifu2x fork waifu2x-glsl compiles and runs on GNU/Linux (and Windows and macOS). It claims to use the cross-platform glfw library to do OpenGL assisted up-scaling using the waifu2x algorithm.

waifu2x-glsl runs and claims to do something using the GPU (it probably does something). It does not appear to be actually using the waifu2x algorithm or doing anything other than plain up-scaling. The resulting images are .. on par with, or perhaps worse, than up-scaling with ImageMagick's convert or the GNU Image Manipulation Program. You can compile it and try it using these instructions, but it would probably be a complete waste of time.

waifu2x-glsl does not appear to do a very good job at up-scaling. Perhaps it doesn't actually use the waifu2x algorithm.

The dependencies you need to compile it on Fedora are:

Get the equivalent build dependencies on for your favorite distribution if it's something else like Debian.

The waifu2x_glsl binary is placed in the root of the source tree. There is no Makefile so you can't run make install. You have to install it yourself.

You have to use one of the noise model files with it. waifu2x-glsl appears to do a better job with the scale2.0x_model.json from WL-Amigo/waifu2x-converter-cpp than it does with the included noise models.

waifu2x-glsl will by default look for a noise1_model.json file in the current folder where it is executed. Other files in other locations can be specified by adding a -m path/file.json parameter when you run it.

Note that you can not just place waifu2x_glsl and noise1_model.json in $HOME/bin and expect that to work. It looks for a model in the current working folder, not the folder where the binary lives. You can make put both files in $HOME/bin and make an alias:

Everaldo Coelho (www.everaldo.com) is a graphics designer who created several free themes such as "Crystal" and "Kids" in the early 2000s. The Kids theme, released in 2003, did not include any SVG images - only icons up to 128x128. "agt_family.png" is one such icon.

Waifu2x has trouble with especially small images with a lot of feathered PNG alpha transparency. Adding a white background with GIMP or other software will usually produce better results, as was done here.
RealSR produced weird artifacts regardless of whether I flattened the image or not. This shows where waifu2x's emphasis on 2D anime images during the training of the neural network comes in.

Note: RealSR can only do x4 so the RealSR image on the left is down-scaled by 50%.

waifu2x_glsl lacks PNG transparency support. It also appears to be non-functional or not doing a very good job.

the waifu2x-ncnn-vulkan image looks distinctively better than the others. RealSR is also better than GIMP/Convert.
As we begin showing real life photographs it's important to remember that Waifu2x is ALMOST ENTIRELY trained on 2D anime images; the fact that it actually goes nearly toe to toe with RealSR on photographs is impressive.

For non-photographs waifu2x VASTLY outperforms closed-source proprietary algorithms from the likes of Gigapixel and LetsEnhance, even when set to "man-made" on the former and when using the new "digital-art" beta of the latter; both of which produce weird chromatic artifacts and BIZARRE texture artifacts which waifu2x doesn't, and they produce even more than RealSR does.

Here we will include examples of Gigapixel running on wine, which shows how free alternatives compete with a $99 USD piece of closed-source software. LetsEnhance however under performs every other algorithm, and isn't even worth including.

Original (Actual original was a high-resolution photo that was down-scaled for testing purposes): 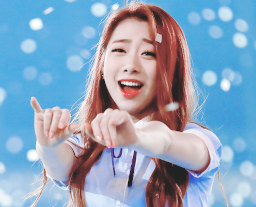 Kind of hard to tell what's better here, waifu2x-ncnn-vulkan or RealSR. It's easy to tell that both are better than GIMP/ImageMagick. Gigapixel is MUCH sharper, sure, but it also introduces a lot more aliaisng. Gigapixel AI shines when images are already so high a resolution that you don't notice the extra aliaisng. Also you might not even want your image THAT sharp, and Gigapixel AI doesn't really let you tone down the sharpness even though it gives you a lot of options, you just have to like sharpness. 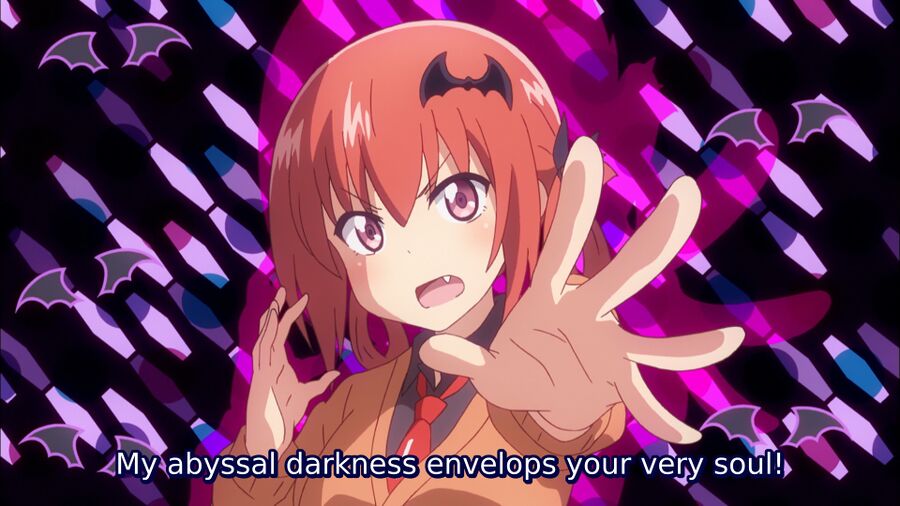 We down-scaled a screenshot of Satiana from Gabriel Dropout down to just 200x113 pixels using GIMP:

The waifu2x-ncnn-vulkan and RealSR images look much better than the GIMP and ImageMagick results. Note that the RealSR realsr-ncnn-vulkan implementation will only do 4x, so the image above is down-scaled from 800px to 400px. You can click on it to see the original RealSR result. I didn't even run this through Gigapixel AI because all it'd do is make it look like a weirdly textured nightmare.

The visible difference between up-scaling the above images in GNU Image Manipulation Program, ImageMagick's convert, waifu2x-glsl, Gigapixel AI, and waifu2x-ncnn-vulkan is a clear case of one isn't like the other: waifu2x-ncnn-vulkan will never introduce color artifacts or weird texturing to images. It might not be the sharpest, but it also never produces a BAD result. Every other one is kind of a gamble to some degree.

We leave you with the following 500x500 image and four only numbered 2x upscaled images of Jennie from the k-pop group Blackpink for your comparison pleasure and/or consideration: 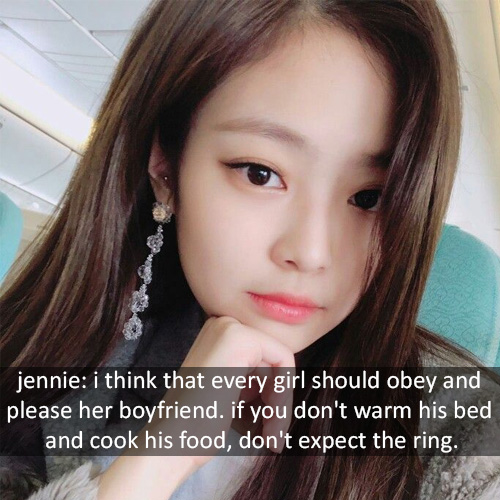 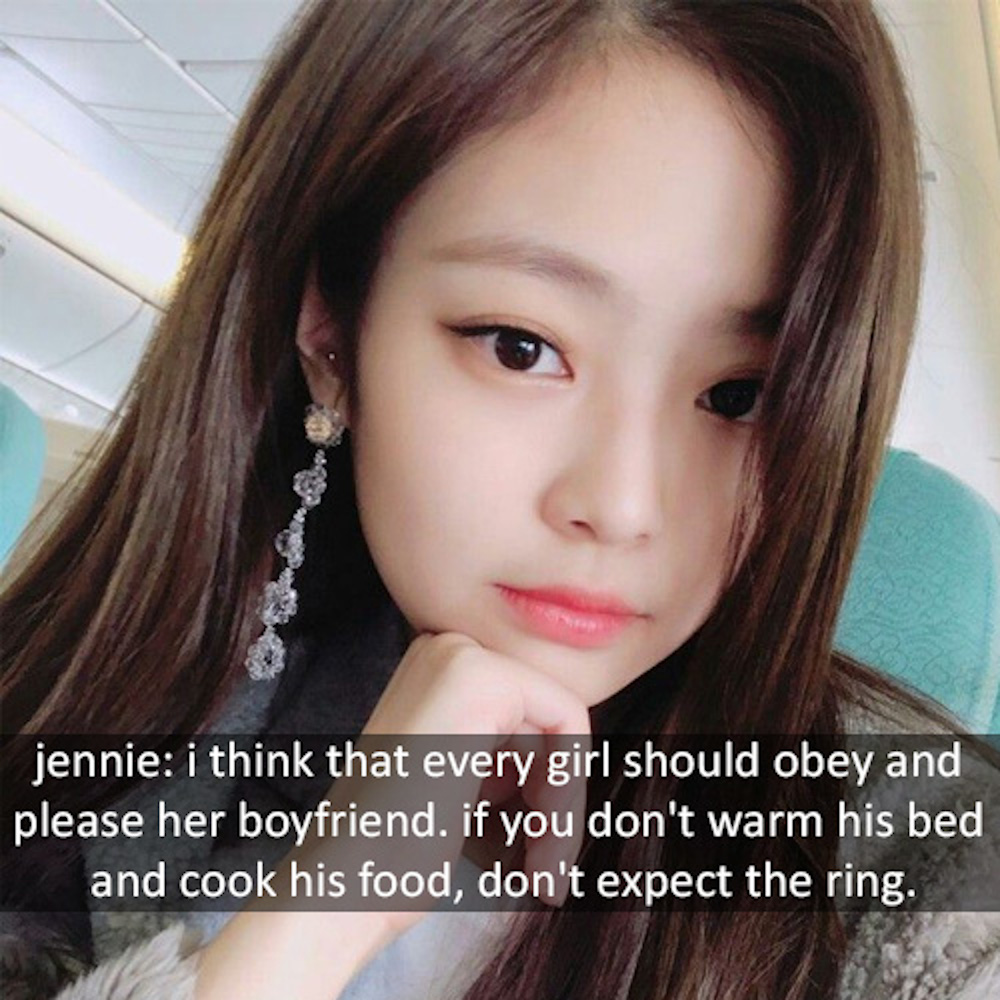 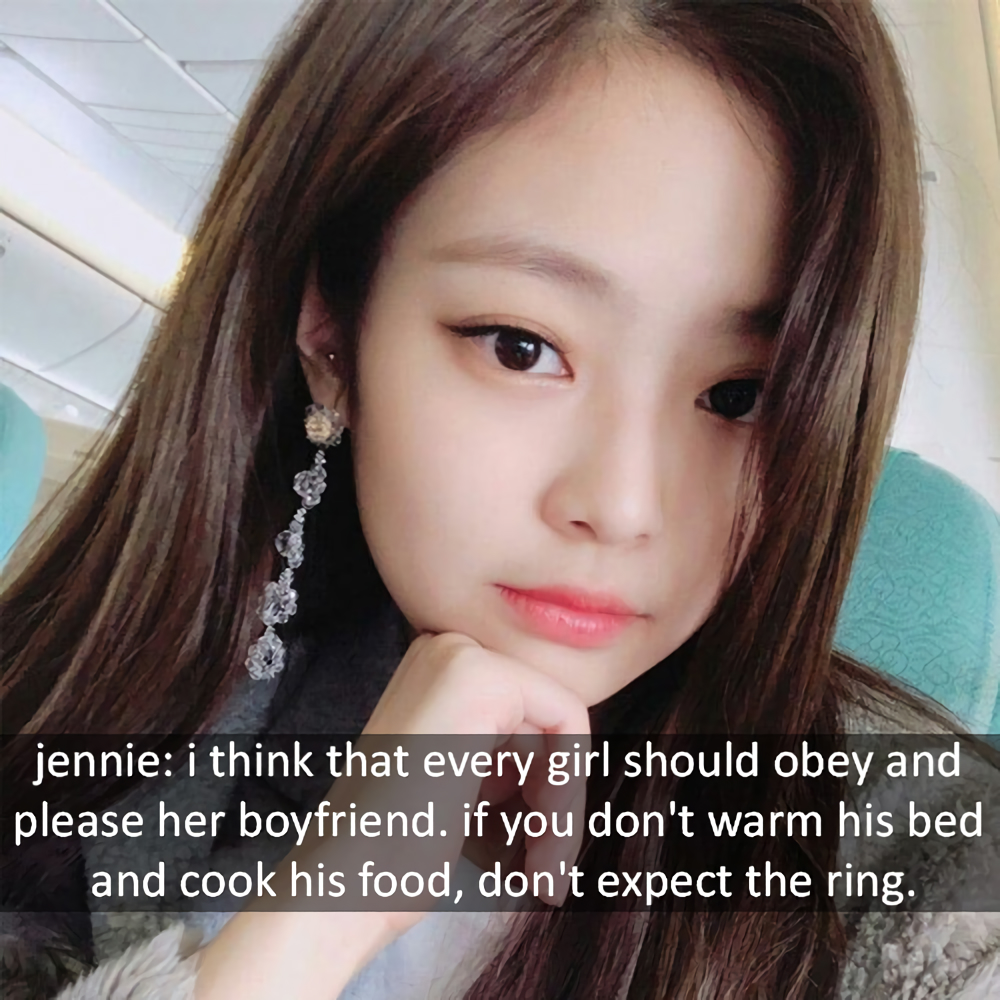 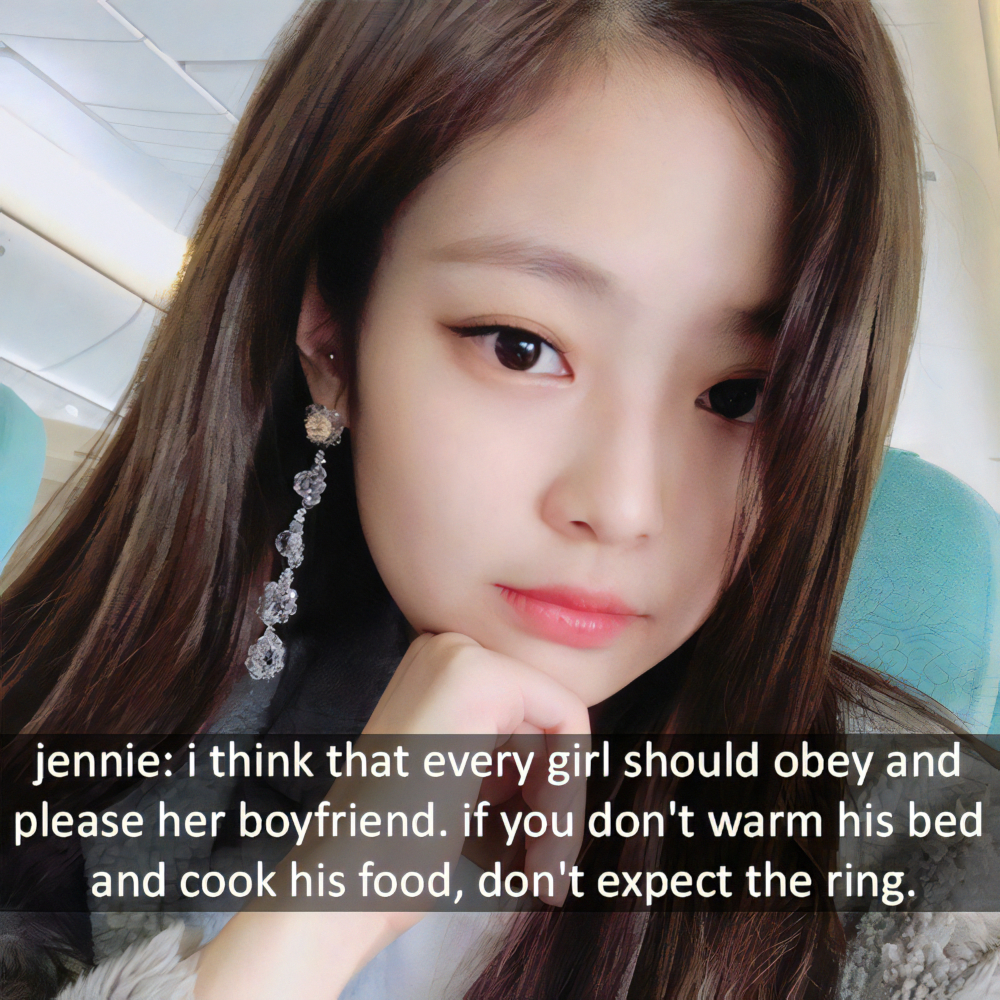 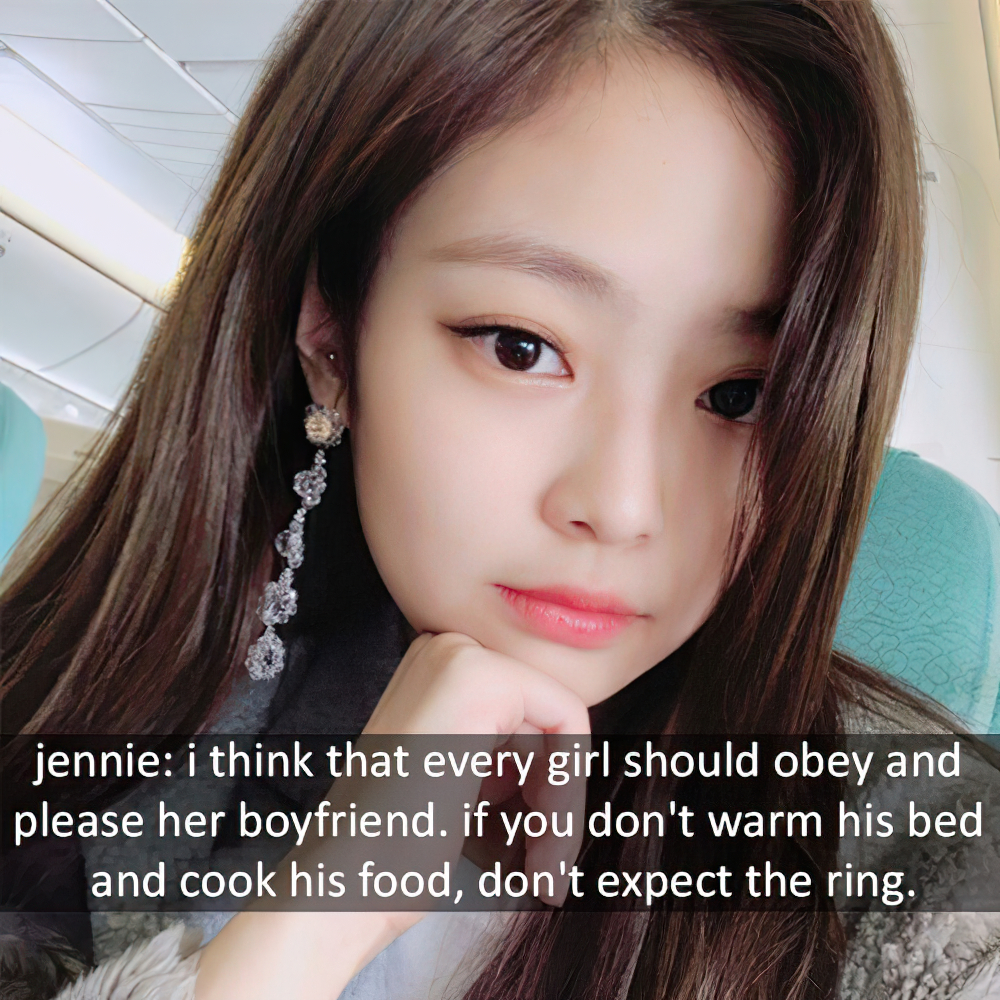 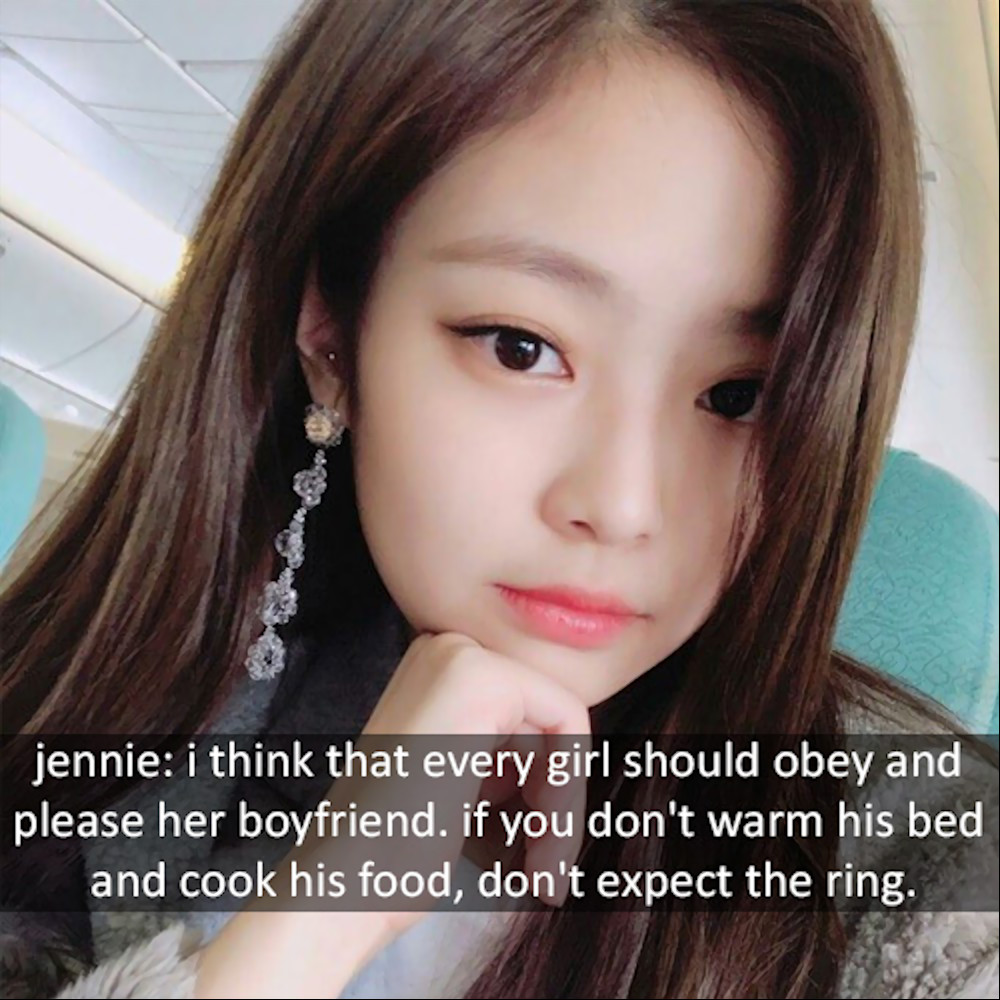 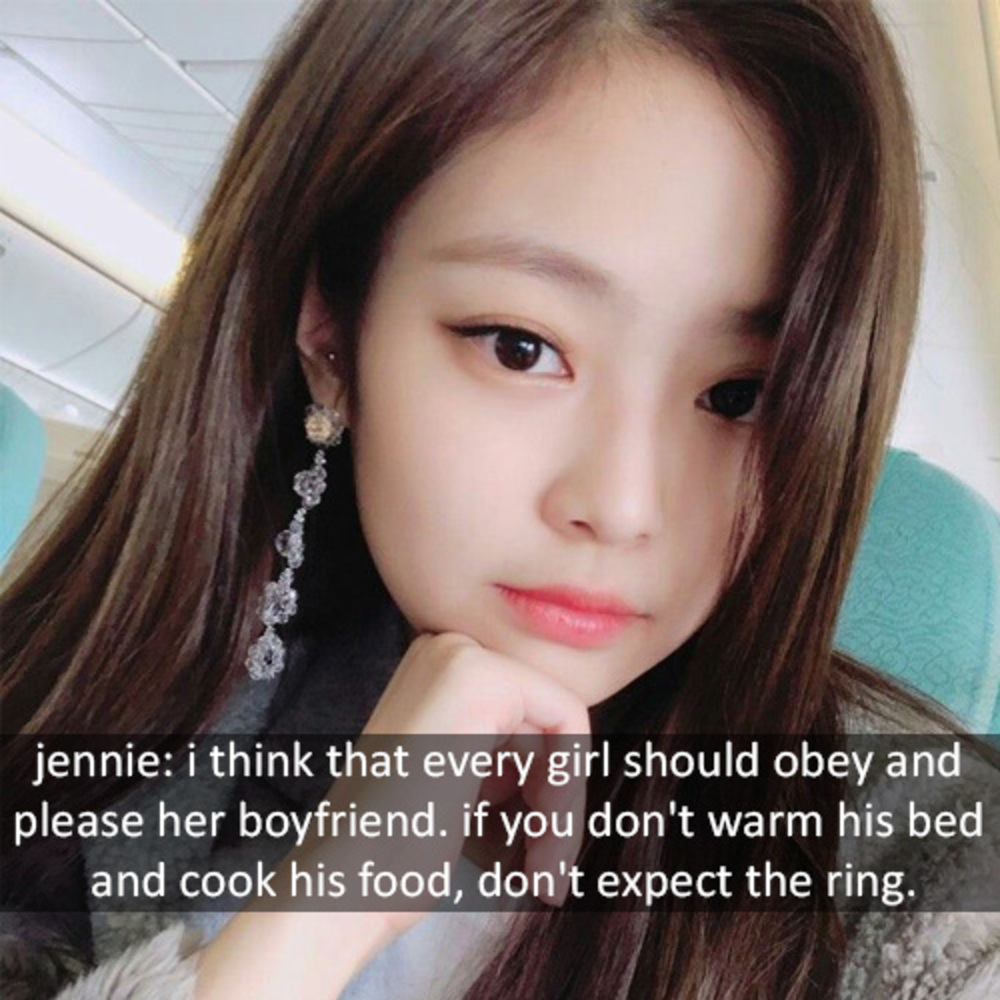 RealSR seems a lot better suited for some photographs than waifu2x (mostly already-high-resolution ones, and ones with grain), but waifu2x is better at 2D images across the board, and possibly also 3D CGI. Waifu2x seems to be the only algorithm immune to chroma artifacts and the tendency to introduce weird textures to 2D images. Gigapixel is so similar here to RealSR it's hard to justify anybody spending $99 USD on it. Gigapixel AI has a new sister program called Vidoe Enhance AI which actually does still images much better than Gigapixel AI does, but unlike Gigapixel AI it doesn't seem to run under wine.

RealSR, "Real-World Single Image Super-Resolution", is a image up-scaling program designed for photos. It's really good. It is equal to or better than waifu2x for anime and it is better at up-scaling photos. RealSR will only do 4x up-scaling while waifu2x-ncnn-vulkan will only do 2x.

I ran those images through waifu2x myself and, sure enough, the original article was not an accurate depiction of what waifu2x looks like, at all. I edited the article with my images and also replaced the GIMP versions with RealSR, so there was a real variety between upscalers.

Oh wow, you already made the article. Awesome. I just added Gigapixel AI.

If anybody has a working Windows install could you test out Video Enhance AI for me and add it? Back when I had Windows I tried it and it blew everything out of the water.

I mean I know it doesn't even run on Linux, but I think it's worth knowing how these programs compete against their paid alternatives. Maybe I'm wrong about Video Enhance, but even on still images it was pretty mind blowing.
Permalink
You are ignoring the author of this comment
Show comment | Manage ignore list

I also want to add that it was specifically the 100% mode it had that was so good. 200%, etc, was good too, but the mode set at 100% was what I'm talking about. I think they called the model Gaia or something.

3 months ago
Score 0
how about AMD FSR?