KriptDoc was a simple perl-based KDE 3 graphical user interface for AntiWord which made it slightly simpler to convert a Microsoft Word document to a text-file. It could also extract the metadata. 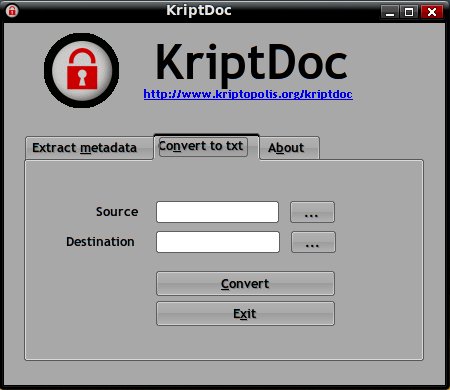 KriptDoc was never ported to KDE 4 or 5. It's website www.kriptopolis.org/kriptdoc eventually died and KriptDoc died with it.

It's no huge loss; KriptDoc was nothing more than a front-end for the command-line AntiWord utility for converting Microsoft Word files to either ascii or PostScript. AntiWord itself has not been updated since 2005. It is still available from it's homepage www.winfield.demon.nl. However, you will get better results opening Word files in a modern and maintained program like the LibreOffice suite than you will from AntiWord.