eboard is a nice-looking pretty much dead chess game program. It has a nice-looking interface, support for computer opponent game engines and a nice interface for network play using online chess servers. 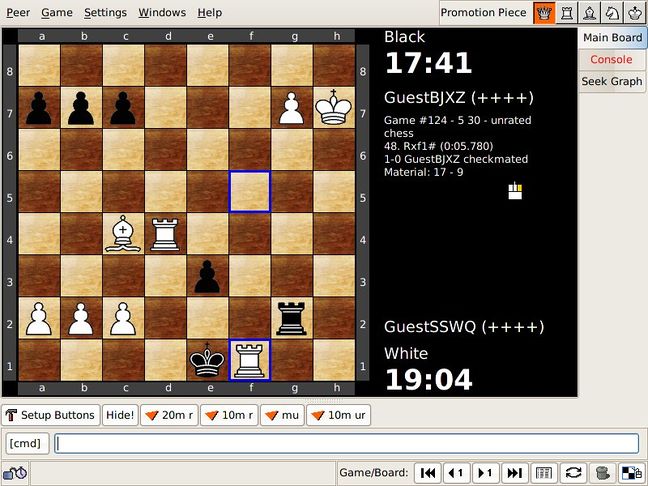 eboard has a simple user-friendly interface written using GTK 2. It has all the features you typically expect from a chess program: multiple computer opponents using standard chess engines, loading and saving of games, move history and the usual.

It was popular around 2004-2008 because it has one important feature it's competitor at the time, XBoard, still does not have: A very simple interface for connecting to freechess and other online chess servers. 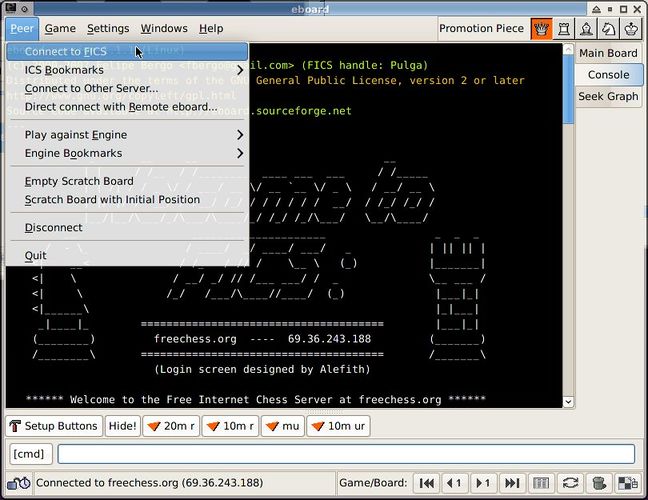 eBoard is Dead in the Water and it has been for years. eboard originally forked and written by Felipe Bergo as a hobby. Bergo actively worked on it in around 2006-2008. Then he kind of forgot about it and the proect died. The code was moved to github and some minor changes were done in 2016.

eboard was, and sort-of still is, a very nice chess program. But it's probably not for you It's main issue is actually one related to packaging and distribution: Most distribution dropped it from their repositories long ago due to the lack of development and issues with compiling it against newer versions of the libraries it uses. This means that you will have to compile it yourself using sources that have not been touched in years. Compiling it on a modern distribution is not strait-forward. If you are willing to spend some time doing development work then perhaps it's for you. It would be nice if there was a general AppImage.

Knights and PyChess are better options not because they are so much better; they are simply much easier to install since all Linux distributions have those packages in their software repositories.