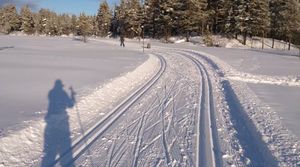 Country in the north of Europe. It is mostly harmless.

Norway a large degree of freedom, including freedom of speech, unless you write or publicly say something critical of NATO or false-flag terrorist attacks carried out by NATO nations. The Norwegian security services PST will put you under surveillance and, in some cases, torture you if you live in Norway and you criticize NATO. People with no critical thinking skills who believe the propaganda presented in mainstream news outlets are safe in Norway, people who have a bare minimum of critical thinking skills are not.

Norway is home to the "Arctic Vault" located on the Norwegian island of Svalbard.