Nheko is a Matrix chat client for GNU/Linux, Windows and macOS written using the Qt toolkit. It supports sharing images and other files in chat rooms, image previews in the chat room window and end to end text message encryption (experimental). It does not have any functionality for viewing available chat rooms. It is hard to use, buggy and annoying as of version 0.6.4. 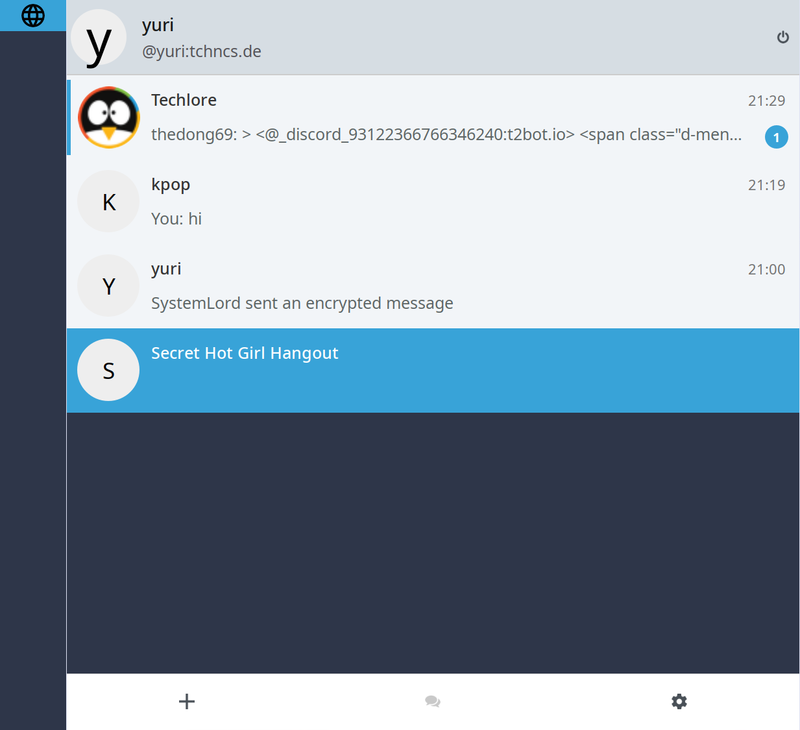 Nheko is a pretty basic bare-bones chat client which looks like it is primarily made to be used on smartphones and tablets even though it does not actually run on smartphones or tablets; it is a desktop-only application for GNU/Linux, Windows and macOS.

It has a + button allowing you to "Create a room" or "Join a room" and a settings button at the bottom of the screen. There is no easy button or option for starting a private chat with another user. You can click on a user in a chat room and click a very small button to start a conversation with that user.

nheko supports sharing files like images and video clips in chats. Images are shown in chat, video clips and other files are not. Some files, like .py scripts, are shown as a link to the server you are using. Other files, like video clips, are simply not shown.

nheko has a "Groups sidebar" on the left side by default. It can be turned off in the settings. Chat rooms have a top bar allowing you to leave chat rooms if this setting is disabled. That bar is not there if the sidebar is enabled. The sidebar does nothing, it has an icon you can't click on or do anything with. Disabling this sidebar is required to be able to leave rooms.

nheko chat windows have a top bar with an arrow allowing you to leave the room in the upper left corner. 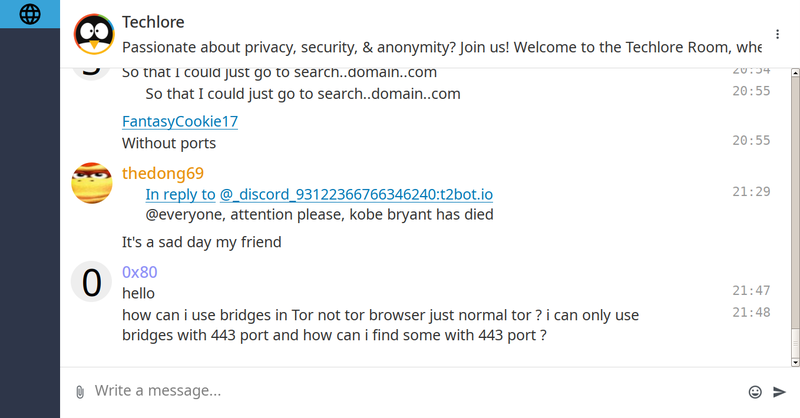 The back arrow for leaving rooms isn't there when the "Groups sidebar" is enabled in the settings. And it is enabled by default.

nheko does not have any local or global rooms list. You have to know what the rooms you are interested in are named and what server they are on. Joining rooms is done by clicking the + in the lower left corner. You will then have to select "Join room" and type # and the name of the room followed by a : and the domain name of the server the room is hosted on (if it is not local). Matrix room names look something like #kpop:tchncs.de.

nheko supports showing a rooms "internal" ID which would be a random-looking string. That string can not be used to join rooms. The actual name or "alias" of rooms are not shown. If you joined a room and you would like to tell someone about it later then you're screwed if you don't remember that rooms exact name.

nheko is really simple feature-wise yet it is not at all easy to use. It is buggy and not very intuitive. It will let you connect to Matrix servers and participate in chat rooms. It.. works, but it's not very user-friendly or intuitive.

Spectral is an alternative which is slightly better than nheko. It's not great and it has its own issues.