Loop 1 is a PC demo by The Bad Sectors which is notable for having a Linux version in addition to the Windows version. The demo on 7th place in the demo competition at the Function 2020 demoscene party held September 18-20, 2020, in Budapest, Hungary.

Releasing GNU/Linux versions of PC demos is rather uncommon in the overall PC demo scene. The Bad Sectors is one of the few groups who consistently release Linux-versions of their PC demos.

The Loop 1 demo isn't the worlds most impressive, and that's probably why it ended up with seventh place. 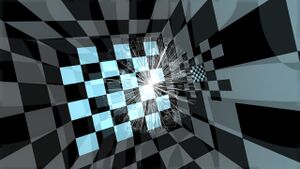 The Windows version has a 1.2 MiB large binary while the Linux version is just 230k. The demo's sound track is a separate file called loop1.ogg.