KBounce is a simple bouncing ball game originally written in 2000 by Stefan Schimanski using the KDE libraries. It was later ported to KDE 4 and 5 by Tomasz Boczkowski. The objective is to fill the game-area with blocks without any balls hitting the blocks you are creating while they are being created. 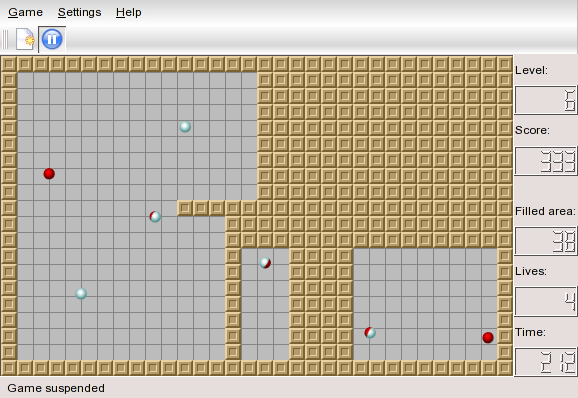 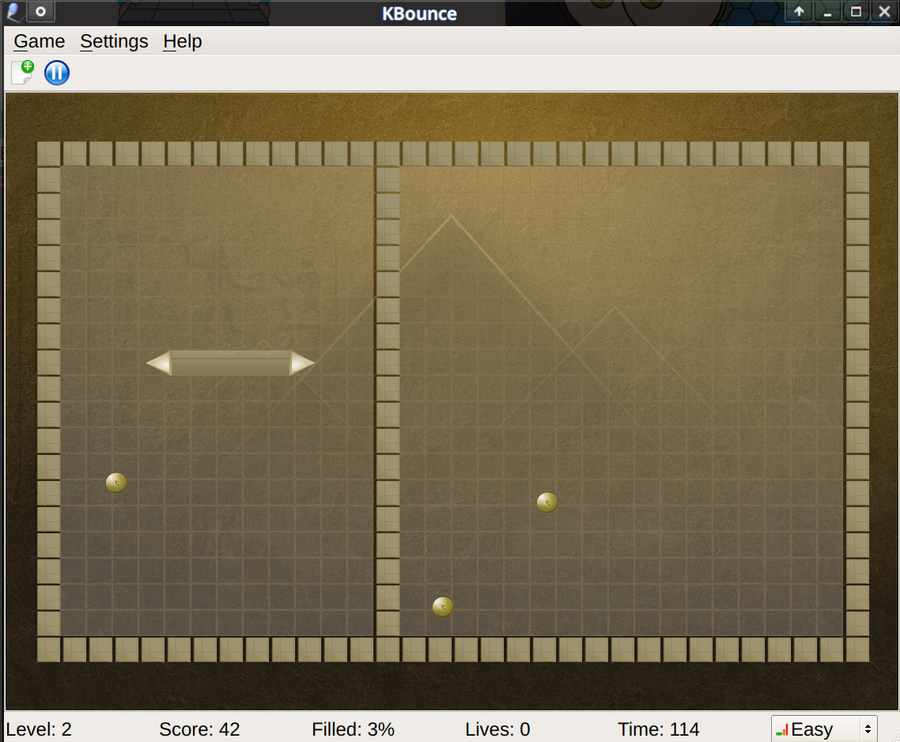 The modern version of KBounce supports themes and there are 5 included: Egyptian Bounce, Strange Geometry, Oxygen, Roads and The Beach.

Clicking the mouse makes a divider of blocks grow out on each side. You lose a life and eventually die if a ball hits the divider while it's being made. You win when 75% of the board is covered with blocks. More balls are added and they move faster as the game progresses.

KBounce isn't the worlds most action-filled game. It's good enough to provide entertainment for 5 minutes at the end of a lunch-break or something like that. It is kind of a puzzle-game but it's not exactly mentally challenging like Gbrainy. It's worth a try and it will be entertaining for a short time but it does not take long before it gets old. It isn't exactly varied.