KAsteroids was a fun space game written in 1997 by Martin R. Jones. It was included in KDE's games package up to version 3.5. It was never ported to later versions of KDE and it is no longer available in modern Linux distributions.

You're in a spaceship, and you're under attack by asteroids!!. Thus; you Must Destroy Them All! 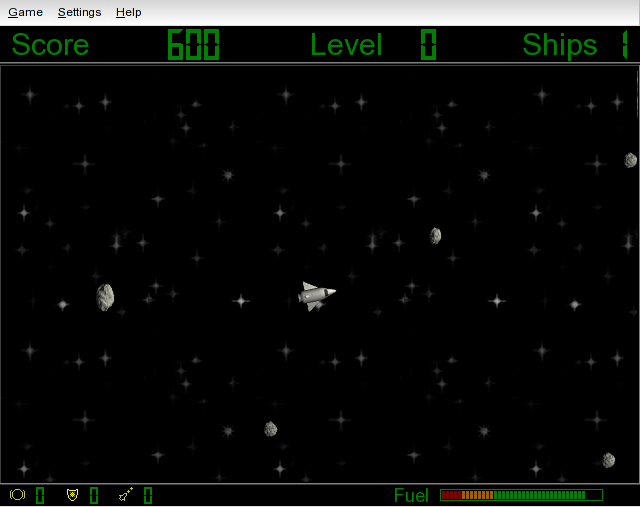 KAsteroids wasn't the most exciting or advanced game but it was fun for five to ten minutes.