Parallel is a handy command-line tool for running multiple commands - or jobs - in parallel. It is very useful for running a larger number of single-threaded jobs in parallel on a multi-core system.

This simple command, when ran in a folder with some png images, will produce output similar to:

You may or may not wonder what's the point of using parallel when you can do the exact same thing, echo a filename, by running 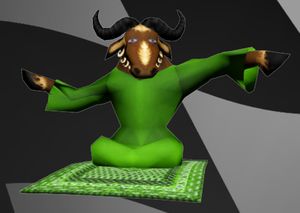 would obviously be faster than using for f in *.png;do on a larger collection of images since pngquant[2] takes up to half a second per image.

Use the -jNUMBER argument to specify just how many jobs you want to run in parallel. -j7 would be a good choice if you have 6 cores. Thus we get:

Bash has the handy $(nproc) variable which reflects how many threads your system has. Try echo $(nproc) and you will get the number of cores you have. This can be used to run parallel with the total number of threads you have. Our pngquant example would, with that variable, be:

For more advanced use-cases the same syntax as xargs[3] applies.

The parallel manual page is really long. You should want to read it, but if you don't want to there's a short video introduction series on YouTube. If you do look at the manual page and think "This is as long as a book" you'd be wrong. There is a paper-back book and it is 112 pages long.

Versions of Parallel are available in all distributions repositories.

You can read more about GNU Parallel at http://www.gnu.org/s/parallel/