Drivel was a decent blog posting application for GNOME which made it easy to post content to blogs hosted by WordPress, Livejournal and similar services. It was actively developed until around 2009. It was dropped from all Linux distributions repositories ages ago it doesn't compile against modern libraries. 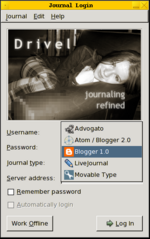 Drivel allowed you to quickly write a blog-post from your desktop, without using a web browser, and then post it to blogging websites. It was quick and easy.

Drivel supported all the blog software which was common in it's glory-days, including XML-RPC-compatible blogs (MovableType, WordPress, Drupal), LiveJournal, Blogger and Advogato. 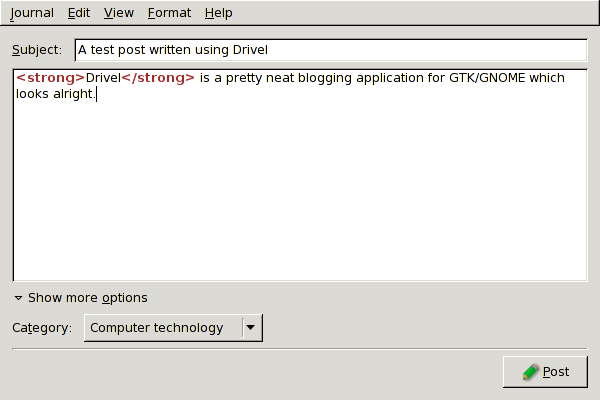 Drivel was a really nice piece of software when blogging was the big new trendy thing. It is kind of sad that it just .. died off. But that's how it goes.