A Code of Conduct is a document with a set of rules one is required to follow in order to participate in a free software project, a group, a conference and many other social interactions. 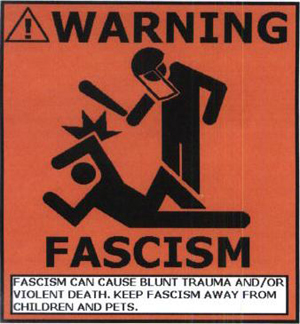 The vast majority of large corporations have long had a strict set of they require their employees to follow. This isn't the case if you and your friends meet up at one of your friends houses, there's no corporate control there. The same is to some degree true when it comes to free software projects.

Most free software projects have some, and in many cases a majority of, people who are employed by large multi-national corporations. Those who "participate" in free software projects are required to follow corporate rules or they will get fired. Developers who do voluntary work in their spare time can't be fired if they don't follow the internal rules of a single corporation.

This is why the "Code of Conduct" cancer was invented: It's simply a way of imposing corporate rules on non-corporate citizens. It really is that simple.

The individuals who push "Code of Conduct" rules and regulations, who are mostly employed by large multi-national corporations, are never the ones who innovate, create products or do any real work.

"They're always people who see someone else's hard work, and then try to control it through guilt and emotions. They don't invent. They latch on to other people's work like a parasite, and then try to steer it in a direction they want."

Most free software projects with a "Code Of Conduct" have implemented a variant of the "Contributor Covenant". It essentially says that if anyone "takes offense" of something you written somewhere on the Internet ever then that's a valid reason to boot you from a project. Many of the larger projects who have adopted the "Contributor Covenant" tend to have placed people who engage in online bullying campaigns against elderly individuals and other morally unacceptable like that in charge of enforcing it. The practical result is that "Codes of Conduct" tend to only apply when those in charge of enforcing them feel like applying them (if they don't like you for whatever reason).

"This isn’t about women in tech, or minorities in tech, or gays in tech. The hacker culture’s norm about inclusion is clear: anybody who can pull the freight is welcome, and twitching about things like skin color or shape of genitalia or what thing you like to stick into what thing is beyond wrong into silly. This is about whether we will allow “diversity” issues to be used as wedges to fracture our community, degrade the quality of our work, and draw us away from our duty.

When hackers fail our own standards of meritocracy, as we sometimes do, it’s up to us to fix it from within our own tradition: judge by the work alone, you are what you do, shut up and show us the code. A movement whose favored tools include the rage mob, the dox, and faked incidents of bigotry is not morally competent to judge us or instruct us.

I have been participating in and running open-source projects for a quarter-century. In all that time I never had to know or care whether my fellow contributors were white, black, male, female, straight, gay, or from the planet Mars, only whether their code was good. The SJWs want to make me care; they want to make all of us obsess about this, to the point of having quotas and struggle sessions and what amounts to political officers threatening us if we are insufficiently “diverse”."

Why Hackers Must Eject the SJWs by Eric S. Raymond, November 13th, 2015