Bugs in the system

The Linux has the following information regarding AMD Ryzen CPUs in arch/x86/include/asm/processor.h:

"On AMD CPUs in the Ryzen family, there's a nasty bug in which the CPUs malfunction if they execute code from the highest canonical page. They'll speculate right off the end of the canonical space, and bad things happen. This is worked around in the same way as the Intel problem."

This particular APU was releaed by AMD in February 2018. It still does not work as it should on GNU/Linux as of July 2019. Kernel 5.1.16 still struggles with this APU. 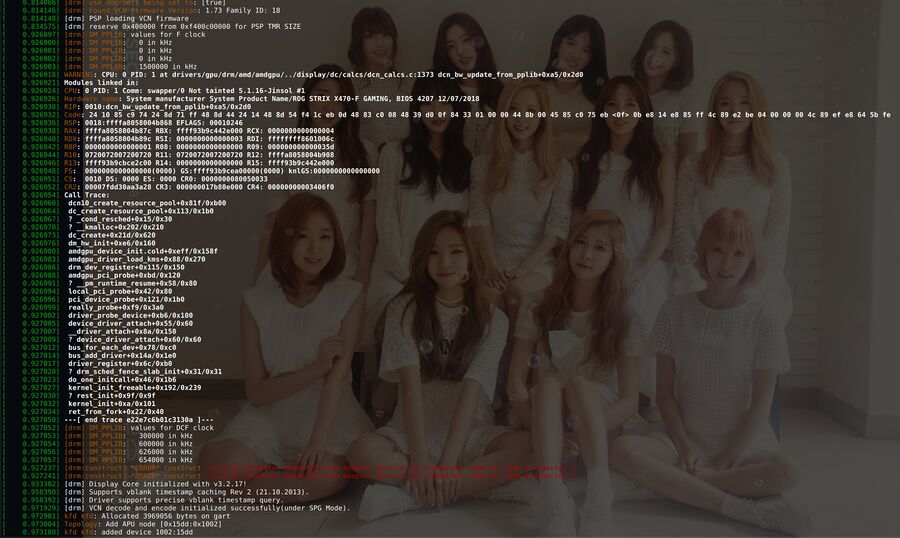 The sad truth behind all of AMDs marketing lies and excuses is that this APU will probably never get the proper Linux support it deserves.

Also don't forget what Torvalds said about the intel bugs.