False and ruinous assertions never corrected by so-called ‘professional’ journalists... Richard Stallman (RMS) is still being defamed in the media, which never bothered correcting obvious falsehoods and libel about RMS

THE founder of GNU was ‘canceled’ last September; they say he’s waiting for the right moment to make a comeback. Weeks ago he did a public interview about cryptocurrencies, but he’s not saying much about Free software. At least for now...

arlier today we posted a video; it’s almost an hour long and it contains an inaccuracy. Namely this: 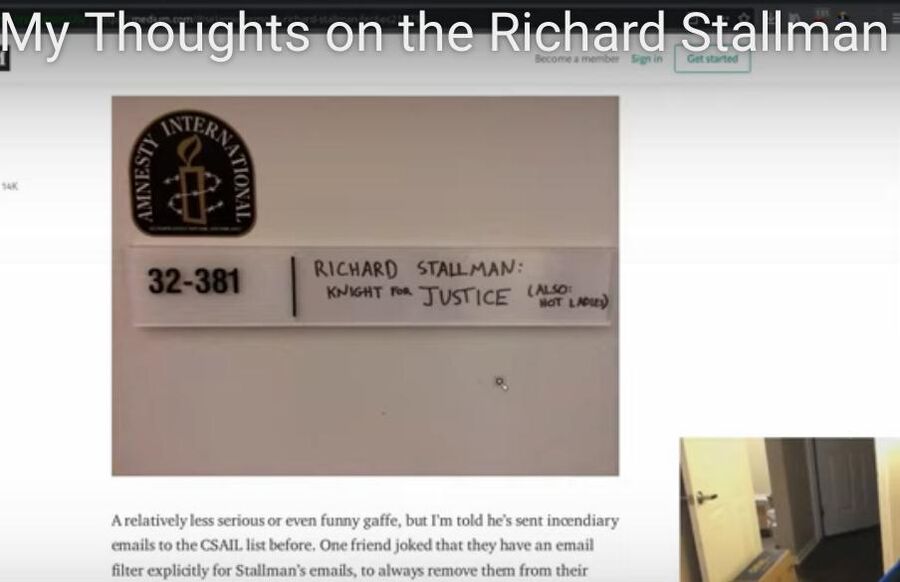 People were spreading/putting this forth, based on the original rant. But here’s the story behind it - the true story, as also noted here. 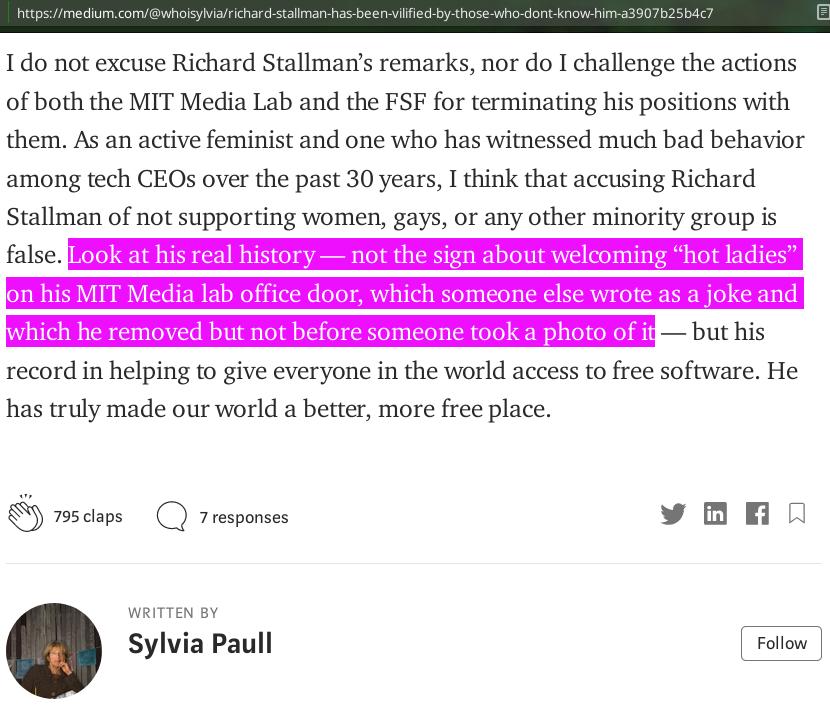 Sadly, but perhaps unsurprisingly, this libel sticks. Even 12 months down the line. This morning I checked a number of so-called ‘news’ sites (articles from what the above calls “Low grade ‘journalists’ and internet mob”). A lot of these so-called ‘news’ sites still carry (UNcorrected) this slander against RMS, wrongly stating that he wrote a a sign saying “Knight for Justice (Also: Hot Ladies).” Actually it was an act of vandalism. SJVN still has a slanderous article over at ZDNet stating that RMS supported what Epstein had done (no, that’s Bill Gates who did that, RMS had repeatedly called Epstein a rapist!).

But who cares about truth, right? Right now I have some high-profile troll slandering me as if I condone rape. He did something similar to RMS and to Linus Torvalds, hoping to oust both (he failed repeatedly, even whilst collaborating with very militant feminists). He nowadays receives his salary from Google. Seems apt. It’s about money, not integrity or ethics/morality. People like RMS are “inconveniences” to them…

We currently have in the Free software world/community two kinds of activists: real ones and astroturfers. One group works for actual justice, whereas the latter attacks the former group on behalf of their GAFAM (+Intel) employers. The corporate pseudo ‘activists’ like to pretend that all of the world’s problems boil down to something like words… terms like “master” and “whitelist” (as if all would be great if only we banned those words). We’ll continue to counter this nonsense and these pseudo ‘activists’, who already dominate CoC committees such as the Linux Foundation‘s. Earlier today we reposted an article which said, based on many years experiencing GSoC (as an organiser): “When people talk about creating a “safe space”, they appear to be creating a safe space for corporations like Google to exert influence.”

The concept of anti-harassment is understandable because harassment does exist and must be dealt with. “Safe space” typically means safety from potential offence due to uncomfortable viewpoints, not necessarily racism and sexism (see what happened to Linus Torvalds at DebConf). If the enforcement of such policy becomes about safety of companies such as Google — safety from critics — then we’ve got it all backwards. We need to defend volunteers’ freedom to criticise Power, not vice versa. Because volunteers aren’t mere lemmings to be exploited; they have beliefs, they have feelings, and they have human rights.